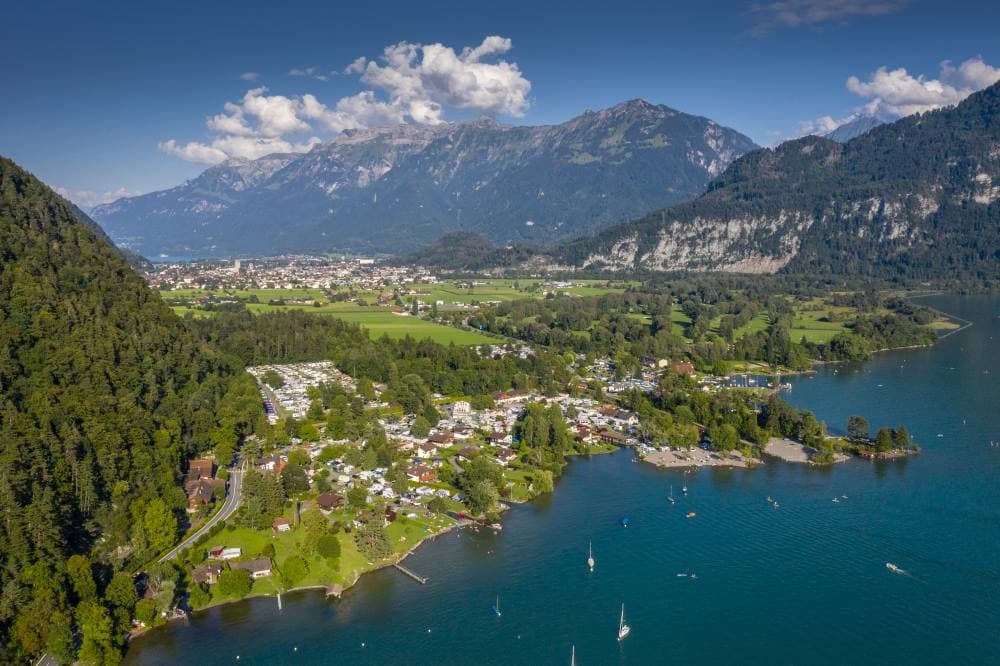 Until 1918, the area between the Lombach river and the Chienberg was called »Küblibad«. This was due to the spring which flows from the mountain and which was thought for some time to have therapeutic properties. Documents from 1736 report that, in the early 18th century, there were already baths with healing waters here which belonged to the Coroporation (»Burgergemeinde«) of Unterseen. A guest house was built here in 1816 and opposite it, by the cliff, were farm buildings. 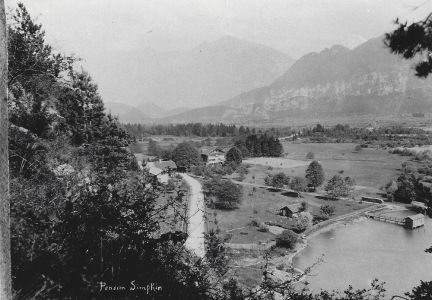 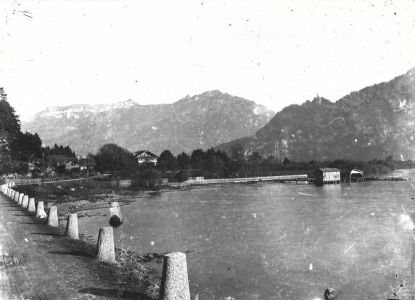 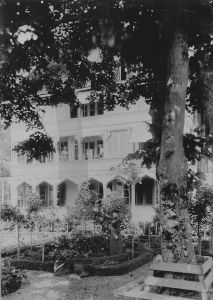 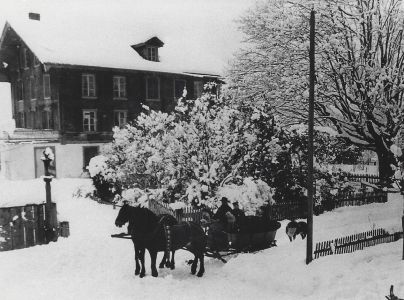 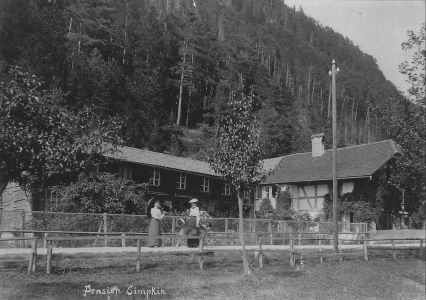 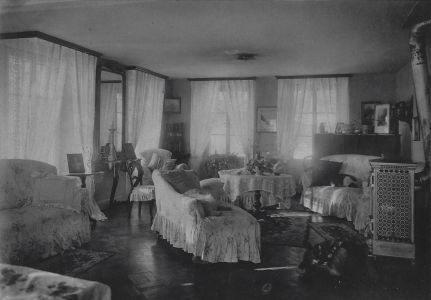 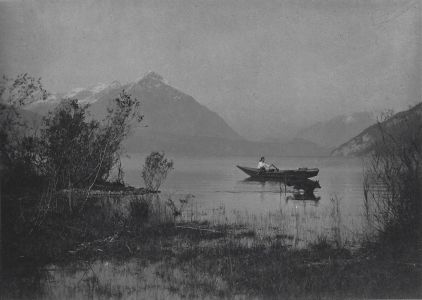 In 1879, Mrs Elise Simpkin-von Rodt (*1833, †1895) rented the »Küblibad«. She and her English husband had separated shortly before and she had returned to Switzerland with their two daughters. Mrs Siki, as the locals called her, ran an English-style boarding house that was connected with the farm. The large boarding house with twenty rooms over four floors (at that time with no electricity or running water) was called the Simpkin Guest House.

After Mrs Simpkin died in 1895, her two daughters, Nellie and Florence, continued to run the boarding house. Florence later married and moved to Kiesen near Thun. Nellie Simpkin, Florence’s unmarried sister, stayed on and between 1912 and 1914 bought the entire property from the Corporation of Unterseen. During the First World War, some difficult years followed as many international guests were unable to visit Switzerland.

Towards the end of the war, a large number of British soldiers, many of them wounded, found their way back from the battlefields of Alsace-Lorraine to Switzerland. Most of them were interned in the Bernese Oberland area. Nellie Simpkin took on those who had been released from the hospital in Interlaken and accommodated them – the officers in the boarding house and the privates in the farm buildings. The soldiers continued to receive medical treatment from the hospital in Unterseen.

From time to time, the British military attaché in Bern came to inspect them and was impressed by Nellie Simpkin’s readiness to help. Shortly after the end of the war, he returned and told Nellie that Her Majesty Queen Mary, wife of George V, had asked if Nellie had any special requests. She had heard of Nellie’s helpfulness and wanted to show her appreciation in the name of the Crown. Although the offer was repeated several times, Nellie seemed too shy to ask for anything. Perhaps, having British roots herself, she looked on helping her fellow countrymen as being a natural thing to do.

Sometime later, the British Embassy in Bern informed her that, by order of Her Majesty the Queen, electricity was to be installed in the boarding house and the farm buildings. The last parts of this installation were only removed in 1990 during renovation work. The soldiers left behind another souvenir which has lasted until the present day.

Nellie was looking for a different name for her property as she did not particularly like the names »Küblibad« and »Simpkin’s Guest House«. When the soldiers heard of this they said »Why don’t you just call it Manor Farm?!« She took their advice and the name remained.

On February 29 1928, the boarding house burnt down to the ground. It was rebuilt immediately but with fewer rooms. 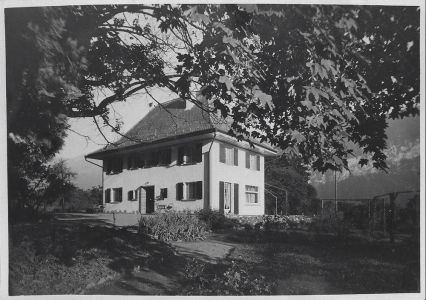 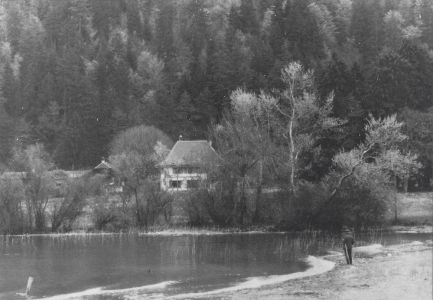 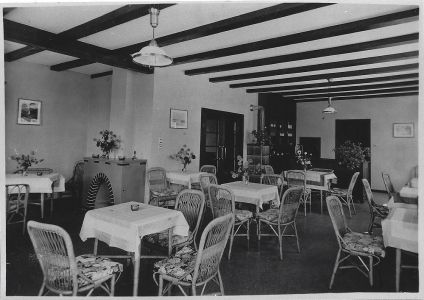 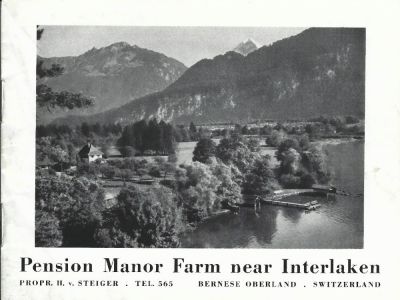 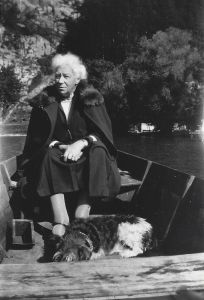 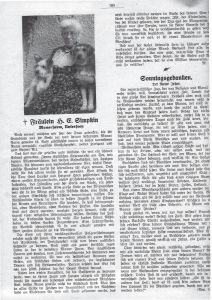 With the death of Nellie Simpkin in 1937, a largely beautiful era came to an end. From then on, her nieces, the daughters of her sister Florence von Steiger-Simpkin, who lived in Kiesen, continued to run the guesthouse.

After the outbreak of the Second World War, guests were once again unable to visit. Instead, the military moved in, this time Swiss soldiers. Being neutral, Switzerland was not involved directly in either of the world wars. For several years, the General Staff of the Swiss army had its headquarters in Interlaken. General Guisan, the Commander of the army, was based in the present-day offices of the municipal administration building in Interlaken. He used to spend his limited spare time in a garden house by the lake, directly alongside the Manor Farm Guest House. He welcomed well-guarded representatives of the warring parties there on several occasions. 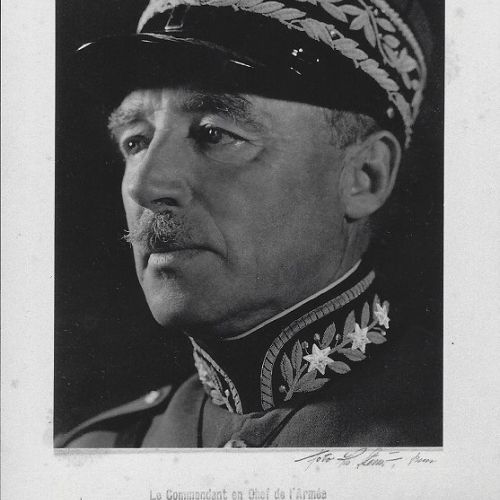 After the end of the war in 1945, Heidi von Steiger fell ill and had to give up the running of the boarding house. It was let to various tenants for short successive periods such as the pianist Rudolf Serkin and his wife, Gerard Philips, founder of the electric bulb factory in Holland and a Swiss man named Wittenbach who manufactured hats in Belgium.

The emergence of camping tourism

In 1954, after Heidi’s death, her remaining sisters began to sell off parts of the Manor Farm. Gustav Ritschard-Briner (*1911/†1997) founded the Manor Farm Ltd. and bought the main part of the property. In order to finance this transaction, it became necessary to divide off some plots and sell them to buyers who built weekend houses on them. In the summer of 1954, a new type of guests arrived, bringing their own accommodation with them in the form of tents. 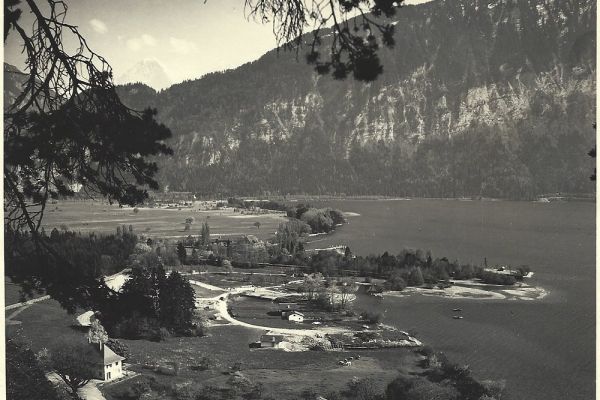 Among the first campers were American soldiers stationed in Germany as well as guests from Great Britain, Holland and Germany. Gustav Ritschard, an interior decorator by profession, was also a talented painter and founder of the open-air museum on the Ballenberg near Brienz. He gradually extended and improved the campsite.

In 1972 the boarding house, which had been rebuilt after the fire in 1928, was rebuilt once again to house the »Landhaus Manor Farm« Restaurant. In 1983, the Manor Farm Ltd. bought the Neuhaus property with Hotel and Restaurant Neuhaus of long-standing tradition. After Gustav Ritschard’s death in 1997, the Holiday Resort Interlaken-Thunersee was passed on to his three children Urs (*1943), Irmgard (*1947) and Jürgen (*1955). The operational direction lies in the hands of Jürgen and Irmgard.

In 2011 the two companies, Manor Farm Ltd. and Neuhaus Golf- and Strandhotel Ltd., merged under the name of NEUHAUS MANOR FARM LTD. At the same time, following refinancing, the family business managed to free itself from a 21 year stranglehold in connection with an excessive with-drawal of funds as an object of investment banking by the Bern branch of UBS.
After the end of the systematic plundering by the Bern branch of UBS the family company recovered quickly by own force and proceeded to the development of facilities and services. 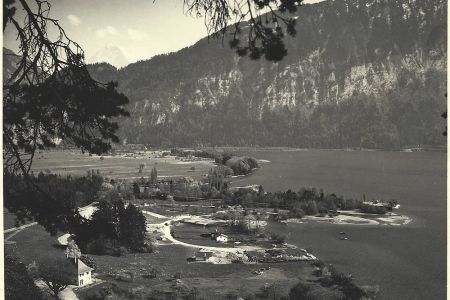 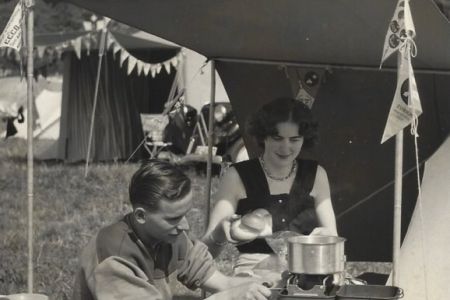 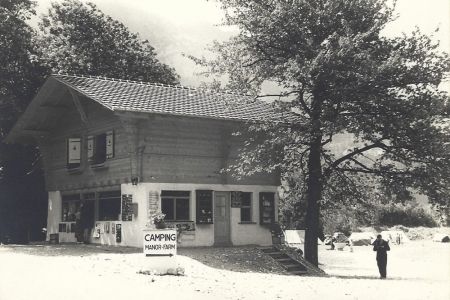 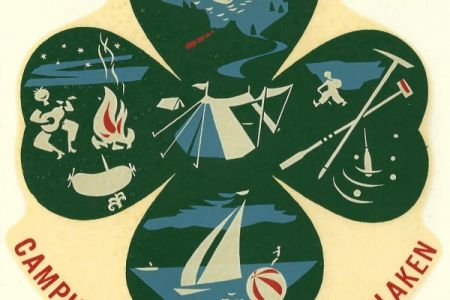 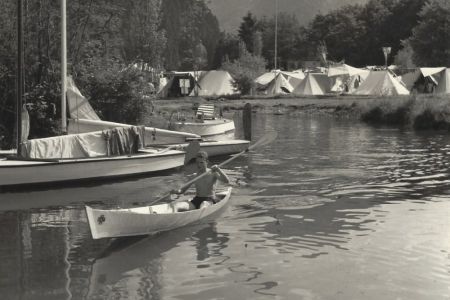 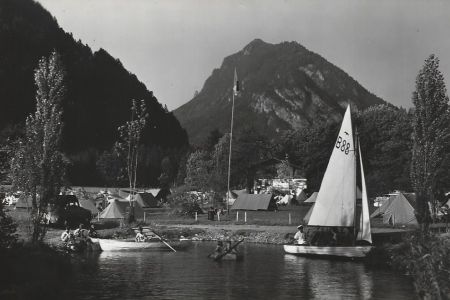 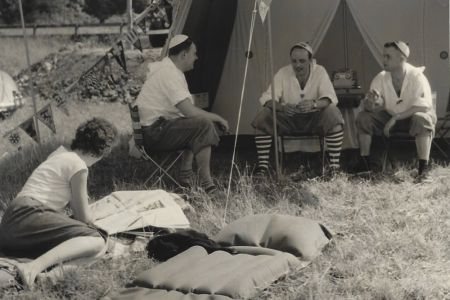 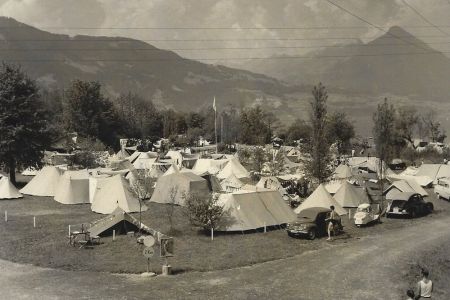 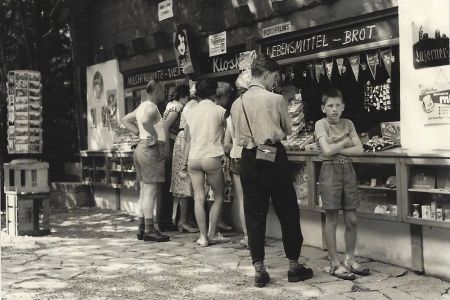